This two-part episode out of a three-part series focuses on how one school district in Pennsylvania has moved to embed equity into its education practice. In part 1, Mr. Ken Nickson, the coordinator of educational diversity, equity and inclusion at Erie Public Schools transports us to the diverse city of Erie and its school district. In this discussion, he describes the steps Erie took to develop an equity program and strategic plan, specifically focusing on combating the negative impact of the school to prison pipeline on student opportunity, belonging, and achievement. This episode also features Dr. Heather Bennett, director of equity services for the Pennsylvania School Boards Association.

Listen to Part 2 – Implicit Bias and the Struggles for Equity in the next episode.

I look at myself as being a connection for the community and the city and the district in terms of diversity, equity and inclusion.

Restoring relationships is so important. And realizing that we really need to think about how our teachers are perceiving our kids.

Skip to: 16:34 What type of practices and steps are being implemented that helps to counteract that school to prison pipeline effect?

We’re focusing on the disproportionality in suspension/explosion rates which goes straight to the school to prison pipeline conversation.

We talked about implicit, unconscious and racial bias as an entire district.

Skip to: 20:31 Is there anything that stands out as a positive response or high accomplishment in your time in your position so far? 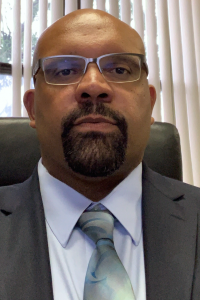 The Role of a Community Foundation

A new episode of #KeyEdRadio highlights how the @ChristensenInst has been studying disruptive innovation throughout the pandemic, how technology can be embraced in classrooms and takeaways from a recent report from the think tank. Listen now on your favorite podcast app.