During this episode, Heather Masshardt, director of policy services, discusses the Commonwealth Education Blueprint with David Hutchinson, PSBA’s 2019 president, and Mike Faccinetto, PSBA’s immediate past president. Both Hutchinson and Faccinetto are active in their own communities, having served on their local school boards for 11 and 16 years respectively. Developed out of their passion for public education and in collaboration with various stakeholders across the education industry, the Commonwealth Education Blueprint represents a unified vision for the future of public education in Pennsylvania. The final report of this document will be published in early 2020.
Skip to: 01:32 What sparked your interest in developing the Commonwealth Education Blueprint project?
Skip to: 02:59 Why are you passionate about public education, and what is your current role in public education?
Skip to: 04:46 When the project first started, how did the group determine who should be involved?

We knew that if this was going to have any kind of teeth and really have any credibility, that we had to hear from all aspects of public education.

Skip to: 06:23 As the group developed the strategic categories of the Blueprint and reviewed input and survey data, were there any themes or specific areas that were repeatedly mentioned-anything participants really seemed to feel strongly about including in this vision?

However public education evolves over the next 30-40 years, we knew that students had to be at the center of it and we had to get away from that kind of focus of the old-fashioned teacher in the front lecturing and really put the students at the front of their own learning.

Not to be overly simplistic, but it’s really our one best shot to prepare our children collectively for the fact that they’re going to running the world in 5 or 10 or 20 years from now.

Skip to: 14:21 Tell us about the participants in the Blueprint project—what were their backgrounds and what was important to the group?

I think it’s really important that we remake the argument for why education is worth all the time and money that we put into it.

Skip to: 16:37 How do you hope the Commonwealth Education Blueprint will be used?

This is not a short-term project. We’ve kind of set the foundation here but now we’re going to try to build on that foundation. 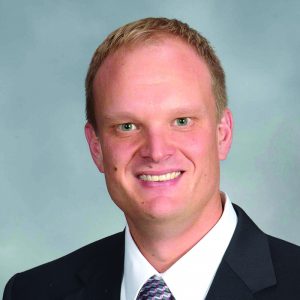 Michael Faccinetto, a PSBA Master School Board Director, has been a member of the Bethlehem Area School Board (Northampton Co.) since 2009, serving as president since 2011. Faccinetto has served on the PSBA Governing Board for five years in the role of at-large representative (Eastern), vice president, president-elect, 2017 acting president and as the 2018 president. He is a member of the PSBA Insurance Trust and 125th Anniversary Committee and has also served as chairperson of the Platform and Policy committees as well as the Future of Membership Taskforce and PA EdPAC. Recently he has led and served as co-chair of the Commonwealth Education Blueprint. 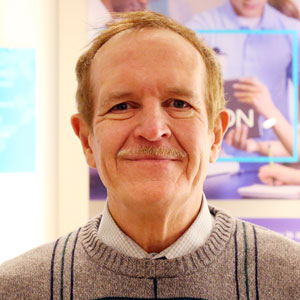 A 15-year veteran of the State College Area School Board (Centre Co.), Hutchinson has served on the PSBA Governing Board in several capacities, including as at-large representative (Central) and vice president, as well as on committees including Audit, Bylaws and Platform. In 2015,

he chaired the Urban/Rural Taskforce and in 2016, co-facilitated the ESSA Study Group on charter schools. His community involvement includes his role as chair of the Public Issues Forum of Centre County, which provides the rare opportunity to hear the public voice through meaningful, extended conversations on challenging topics. This has included well-attended forums on standardized testing and the role of public education in the 21st century. He is committed to promoting good public policy and fostering relationships with legislators of both political parties. Through his work with the National School Climate Council, he understands the value of creating school environments in which every student and teacher feels respected and engaged, and shares in the responsibility of creating a culture of learning. He also believes that we have a collective responsibility to provide every student in Pennsylvania with an education that prepares them for life in today’s world; he is particularly enthusiastic about the work of the Commonwealth Education Blueprint, which is working to create a modern vision for all our public schools.

The Hidden Gem of Public Education

A new episode of #KeyEdRadio highlights how the @ChristensenInst has been studying disruptive innovation throughout the pandemic, how technology can be embraced in classrooms and takeaways from a recent report from the think tank. Listen now on your favorite podcast app.